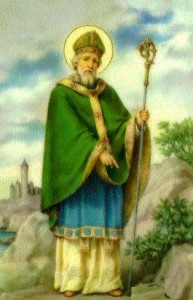 Holy wells are located in every county in Ireland and they can be dated back to pagan times. They served as a form of natural religion in which the well was held to be sacred. The people, who grew crops and kept cattle, believed that a power of goodness came from within the earth and these wells were very special places. The Celtic people worshipped at these sites and they believed the springs had the power to cure diseases and other ailments. When Christianity was introduced in the fifth century, St Patrick encouraged this practice with the teaching that any cure or favour received was a gift from God. 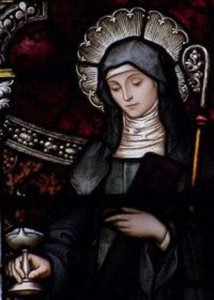 It is estimated that there are over three thousand holy wells in Ireland. Some of the better known sites are St. Brigid’s Well in Kildare, The Tooth Well in the Burren and St. John’s Well in Dingle. In Donegal many people are familiar with Doon Well in Termon, St. Eign’s Well in Inishowen and St. Patrick’s Well in Ballyshannon.

In the Finn Valley area, St. Davog’s Well at Lismulladuff, St, Brigid’s Well at Lough Alaan, The Angel’s Well at Tonduff, St. Brigid’s Well at Drumkeen and the Abbey Well at Drumboe are still visited today. At most of these sites you will see holy statues, pictures, flowers, candles and many other items. Wells are visited for relief from toothache, eye problems and some like Lismulladuff and Drumkeen have a reputation for curing warts. When Fr. Jimmy Shields was the parish priest in Drumkeen, he organised a yearly gathering at St. Brigid’s Well. There is also a yearly gathering at ‘The Angel Well at Tonduff around the beginning of May. This period is associated with an old Gaelic festival. Terms like ‘the field of the holy angels’ or ‘The Angel Well‘ are usually associated with children. The wells at Drumkeen and Lismulladuff have recently received some maintenance and the well at Tonduff is in good repair. The wells at Lough Alaan and Drumboe need some work and a proper road sign is needed at some sites.

Some people visit holy wells before marriage for good luck and others visit for the sense of calmness and peace which they claim surrounds these sites. In Christian legend, the water is often said to have been made to flow by the action of a saint, and many saints are associated with holy wells. The saints would have used the water to baptize converts and conduct other religious services.

On the subject of holy wells, Mary Frances Cusack wrote:
‘’In Ireland people believe that God hears the prayers of saints more readily than their own; … But they do not believe the saints can give what God refuses, or that saints are more merciful than God. They know that the saints are His special friends, and we give to a friend what we might refuse to one less dear.’’

St Eunan is associated with the abbey well as it is known that he was a regular visitor to Drumboe Abbey. Holy wells were often located beside a church or abbey and a lot of these structures have long since gone. Drumboe Abbey was pulled down when Cromwell raided in the 1640s and tradition has it that the last Abbot hid out in the surrounding woodland and lived off the land. The ruins of the old abbey could be seen in the Abbey Field up to seventy years ago and many of the stones were used in the building of surrounding ditches. Some of the stones at the Abbey Well were marked with circular rings, and these along with old head stones were removed for various purposes. This would indicate that the holy well at Drumboe was part of an extensive religious site.

St Davog who bequeathed his name to the well at Lismulladuff is said to have been a disciple of St. Patrick. He is associated with many religious sites, including Lough Derg. It is stated that St Brigid is also associated with this well and the countless cures and favours received by those who visit it, has been for a long time known worldwide. It is also stated that there was a monastery beside the well many years ago and evidence of a burial area was accidently unearthed during the building of a wall at the site around 1950.

Stones and trees are associated with many holy wells and they are believed to be sacred because of their special association with these sites. A small area surrounding a holy well was usually encircled with stones and it was customary to enter this area barefooted.

During the seventeen hundreds when the Penal Laws were enforced, mass was secretly said at holy well sites. It is said that a mist surrounded some wells on these occasions. Such were the times that a priest was not always available to administer services. If someone died, people often made arrangements for burial in a sacred spot, such as a place near to a holy well.
The wells at Lismulladuff, Tonduff and Drumkeen are along the road side. The Abbey Well can be accessed from the entrance to the forestry at Drumboe lower on the Cloghan Road. The well at Lough Alaan is located close to the upper end of the lough and it can be accessed from the Golf Course Road. Approximately one hundred yards from the eighth t-box towards the eighth green, the well is situated to the left just inside the wooded area. It is customary for visitors to leave a white stone at the Lough Allan site and it is considered unlucky to remove items from these locations.

Holy wells can be found near the sea, on top of mountains or in bog land but the majority of them can be found near churches and graveyards. There is a renewed interest in holy wells today and people are supportive of the general upkeep of these sites as they have been part of our history for over two thousand years.