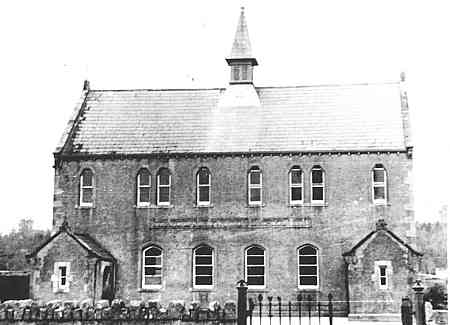 A garden at the rear was used by the girls for nature study. This area was used later for the extension which may be seen in the aerial photograph of the Town in the Article on the Railway by the Finn. In that photograph some children can be seen playing in the yard of the old school. The extension to rear built by Mr. Lindsay, The Haw, Lifford, about 1927 – 28.