He was born at the Glebe House in the town-land of Cloghan, County Donegal on 6th September 1813. He was the only son of the Reverend Robert Butt, rector of Stranorlar, and his wife Berkeley Cox. The Butts were originally an English family but the Coxes were an old Irish family related to the O Donnell’s of Donegal. The great Dame Clara Butt who was a star in the musical world of opera and Alfred Butt who produced the popular play ‘Maid of the Mountain’ were relatives of Isaac Butt. He had a great affection for his mother and he often made reference to her as the link which bound him to the philosopher George Berkeley.

Benson Mc Granaghan began Isaac’s elementary education at the school in Stranorlar and he later attended the classical school kept by James Brandon of White Hill. Sir William Mc Arthur who was the Lord Mayor of London in 1880 often claimed that Isaac and himself owed their wide knowledge of modern languages and general education to Master Mc Granaghan.

Isaac received his secondary education at the Royal School in Raphoe and during the school holidays he tutored the family of local landlord, Sir Edmund Hayes. Isaac stayed for a while with his uncle Dr Butt at Cloyne while he attended Midleton College, County Cork, before taking first place in the entrance exam into Trinity College at the age of fifteen.  In 1833, one year after Isaac entered Trinity, his father died and this left the family in some financial difficulty. Isaac wrote about the changes brought by his father’s death in his story entitled ‘’Dual’’. Due to the shortage of funds Isaac missed a year’s lectures and earned some money by taking pupils and tutoring them for various degrees.
He was the president of the College Historical Society and the following is an interesting piece from his address on ‘Oratory’

…’’An orator shall yet arise whose voice shall teach the people wisdom, and whose efforts shall procure for him the epithet ‘the father of his country.’ It may be but the dream of an enthusiastic heart, but I do believe the time will come when faction shall flee away and dissension shall be forgotten, when Ireland’s orators and Ireland’s statesmen shall only seek the country’s good; when the Law shall be respected, and yet liberty maintained; when in all her borders shall be neither wasting nor violence and no complaining in her streets.’’

In 1833 he co -founded the Dublin University Magazine and edited it for a number of years. It was widely read throughout the British Isles and Isaac contributed many articles and reviews. By the age of twenty one he had published translations of Virgil’s Georgics and Ovid’s Fasti from Latin. The magazine helped promote the careers of writers Walter Macken, Sheridan Le Fanu and William Carleton. He published many of his own stories under the pseudonym of Edward O Brien.  Isaac also started to write novels at this time and throughout his lifetime his writings covered many subjects which included Irish history and politics. He wrote a three volume political novel, Irish Life in Court and Castle, The History of Italy, A Plea for the Celtic Race, The Irish Land and the Irish People, and the Gap of Barnesmore. His textbook on the 1870 Land Act was greatly praised. He was the editor of the Ulster Times and wrote many articles for other conservative newspapers both at home and overseas. During his later years he devoted much of his time to historical research.
He had a distinguished and academic career at trinity and graduated in 1835 with the triple distinction of an honours degree in classics, mathematics and mental sciences. At the age of twenty three, he was appointed to the Whately chair of political economy.
Professor Mc Cullagh in ‘Literature of Political Economy’ published in 1845 states:

…’’the astonishing rapidity and ease with which Professor Butt delivered lectures and published essays on a diversity of economic problems, then demanding attention. The most remarkable of these were his treatise. ‘’The Poor Law for Ireland Examined’ (1837), and his Rent’s, Profits, Etc.’’
A quiet life at Trinity was not for Isaac and soon another chapter would begin in his life which would propel him on to the national and international stage. 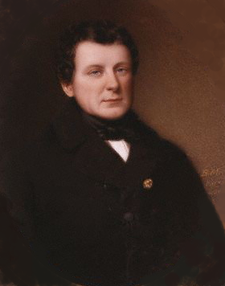 He was called to the Bar in 1838, obtained his MA and LLD in 1840, and in 1844 was made Queens counsel at the age of thirty-one. He was opposed to O Connell’s Repeal Association and this made him a champion of the conservative cause. He was chosen to plead at the Bar of the House of Lords against the Municipal Reform Act, which later enabled Daniel O Connell to become the first Catholic Lord Mayor of Dublin. During these early days of his political life Isaac favoured the Union with England, but at the same time he attacked aristocratic privilege and the exploitation of the poor people in Ireland. His views on the Anglo Irish relations were altered by the British Governments handling of the famine crises. He delivered a lecture in 1846 on protection of Irish Industry. In 1847 he wrote A Voice for Ireland and The Famine in the Land.  The Young Ireland rising in 1848 convinced him that Ireland needed to gain control of its own administration by constitutional means. He defended Smith O Brien and Thomas Francis Meagher the same year and was the chief defending counsel for the Fenian prisoners during 1865-69. Isaac received little monitory reward for this work and he could have taken on more profitable cases, but he was devoted to the Irish cause. Throughout his life Isaac struggled with debt problems and as a result he spent some time in the Marshalsea in Thomas Street. 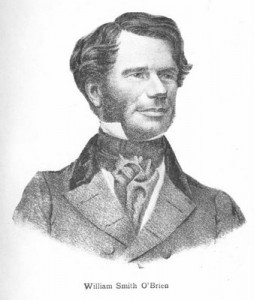 Isaac represented Youghal as a Liberal-Conservative M.P. from 1852-1865. He was a critic of the Landlord/Tenant system and spent much of the fifties and early sixties in England. He married at the age of twenty-four and fathered eight children. Isaac was the leader of the Amnesty Association and had some success with the release of a number of Fenian prisoners. He spoke on many issues like the fishing industry, the railways, Irish education and government. In 1870 he founded the Home Rule Association and he was influential in bringing about the Land Act of 1870 and The Ballot Act of 1873. The General Election of 1874 placed Isaac Butt in the leadership of a majority of Irish Members in Parliament. For the first time in Irish history the Home Rule party succeeded in uniting the majority of Irish people. However their elected members were Home Rulers in name, using their position for their own ends, pledged to vote right on Home Rule motions, but other-wise to vote as they wished.
The elections in 1874 also returned a strong Tory government and they did not need the support of the Home Rulers. It was difficult to make much headway in a parliament comprising mainly of Landlords and Tories. Between 1870 and 1876 fourteen attempts to amend the Land Laws failed and eventually Isaac’s followers grew impatient and many withdrew their support. This divided the Home Rulers and left a struggle for the leadership of the party. Seamus Mc Manus, author of ‘A Story of the Irish Race’ in acknowledging the difficulties facing the Home Rulers wrote:
‘’Probably Butt could not have done better in the circumstances, and his action must be judged by his circumstances.’’

According to official British sources, from 1849 to 1882 the total number of Irish families evicted from their homes is 482,000 families. Disraeli who was twice the English Premier wrote in 1874: …‘They say Ireland is peaceful. Yes, but she is so, not because she is contented, but because she is held under by coercive laws. … I am a Tory, and as such I might favour severer laws myself’’… 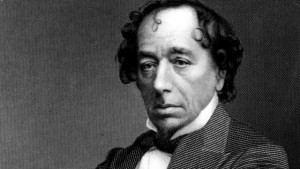 Isaac warned the Parliament that their failure to deal with the land issues would result in a Land War. He was opposed to the obstruction policy used by Parnell as he believed that a dysfunctional Parliament was of no benefit to the Irish cause.  He tried to resign as leader of the party as he became disillusioned with the lack of reform and commitment from the British Parliament. The Home Rulers retained confidence in him and refused to be led by the Irish in England and America who supported Parnell. This split the party and the news that his son George was killed in India broke his spirit. For Isaac, his many struggles over the years had taken their toll and he fell into poor health. He died in 1879, the same year as Frances Browne, his school mate from earlier times. He is buried in accordance with his wishes at a spot in the Church of Ireland cemetery in Stranorlar. He told his secretary James Collins that in this spot he often studied his lessons, as a boy, under the shade of a large tree. Collins later wrote about his many years with Isaac Butt in ‘Reminiscences of a Great Tribute’ and he dismissed criticisms laid by his opponents.
Redmond who succeeded Parnell as leader of the party believed that Isaac Butt was unfairly treated within the Home Rule party and speaking at a meeting in 1913 he said ‘’This is the centenary year of  the birth of Isaac Butt. In a very real sense he was the father of Home Rule. He became the Apostle of Irish Liberty at a moment when all our ranks were thin and broken, when the confidence of Ireland in constitutional methods was shattered, and when the physical force movement had been crushed in blood … after years of Magnificent labour and self-sacrifice he fell.’’…